Couch potatoes rejoice! There are several reasons to turn off your TV and come to Las Vegas!

Stop at The World Famous Gold & Silver Pawn, of Pawn Stars. Spend time viewing and awing unique items such as a L.A. Raiders or Colts Super Bowl Ring, memorabilia, rare coins and much more. But, don’t forget to visit Rick Harrison’s Pawn Plaza, which is steps away and next door to the Pawn Shop. Featuring Rick Harrison’s Roll’n Smoke BBQ & Tavern and Chumlees Candy on The Blvd.

Cruise by Danny’s automobile restoration and customization company, Count’s Kustoms, home to the show Counting Cars. There, guest will preview Danny’s personal collection of cars, which include a European Lamborghini Countach, a Cadillac Hearse Limo, GT 350 Fastback, and an 81’ Corvette…to say the least!

As featured on an episode of Counting Cars, Shelby American, is sure to blow you away with it’s rare and pristine collection of fast Shelby vehicles on display. During your visit, you will preview cars such as The Shelby 1000, The iconic 427 Cobra, and F150 Super Snake! The famed collection, known as The Shelby American Collection, represents the rich race heritage of Carroll Shelby, an American automotive designer, racing driver, and entrepreneur, as retold in the movie Ford vs. Ferrari.

Tour the outside of Allegiant Stadium. Located adjacent to the world-famous Las Vegas Strip, Allegiant Stadium will be a global events destination, highlighted by the arrival of the NFL’s iconic Raiders. Allegiant Stadium will be ideally located for both visitors and locals, fully enclosed and climate-controlled with a capacity of 65,000. The technologically advanced stadium will host world-class entertainment including concerts and sporting events such as The Pro Bowl, Pac-12 Championship Game, The Las Vegas Bowl and home to Southern Nevada’s very own college football team, The UNLV Rebels.

Then, head to The Toy Shack, home of Pawn Star expert, Johnny Jimenez. Ogle at collectible toys like vintage Hot Wheels and Transformers.

Highlights
• Led by a local guide, fully narrated & family friendly
• No waiting in lines and all entrance fees included

What You Can Expect
Las Vegas Reality Show VIP Tour

NOTE: the opportunity to meet and greet celebrities, is not guaranteed. Inside tours depend upon filming schedule and maybe subject to cancellation due to circumstances that are out of the operators control.

Additional info
• Confirmation will be received at time of booking A moderate amount of walking is involved
• Not recommended for infants
• The opportunity to meet and greet the shows’ stars is not guaranteed.
• Inside tours depend upon filming schedule. 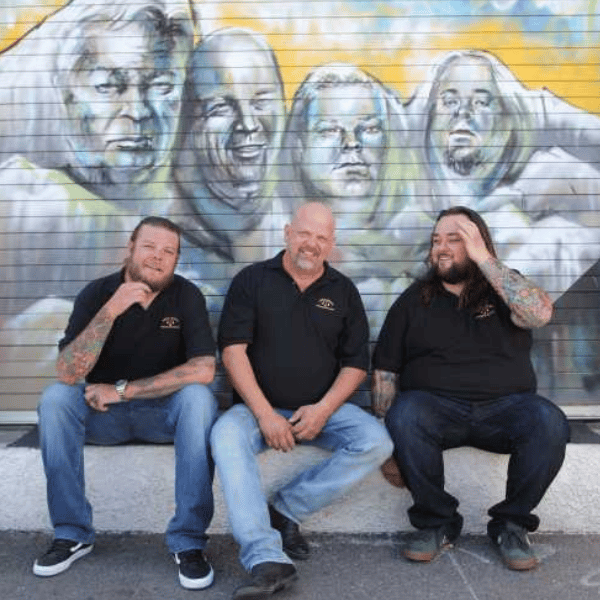